5 Exercise Myths for People 55 and Older 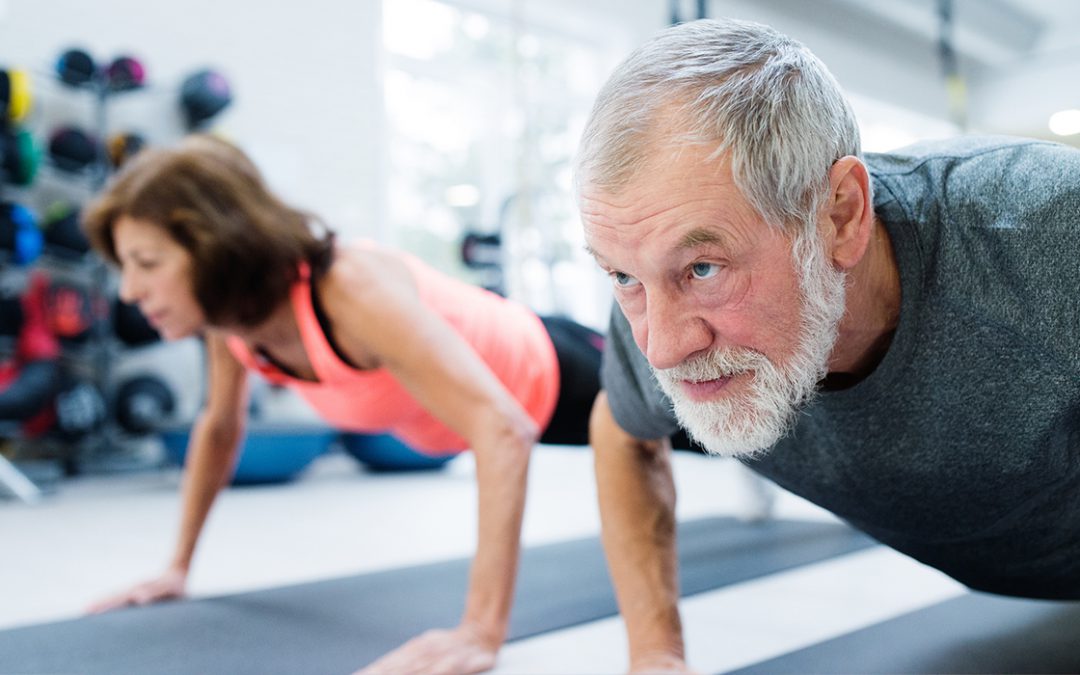 While it’s expected that most older people tend to slow down with age, the notion that seniors and soon-to-be seniors should trade in exercise and their active lifestyles for bingo and rocking chairs is definitely antiquated, says Hillsboro physical therapist Nancy Causton.

And yet, when it comes to exercise for the 55-and-older population, plenty of myths continue to drive people’s actions – or rather, inactions – when it comes to putting in the right amount of sweat equity to stay healthy and active.

“From a purely physiological perspective, sure, you’re going to start to slow down a little here and there as you get older, but that doesn’t mean you just roll over and accept these so-called consequences of age,” said Causton, clinic director at Impact Physical Therapy of Hillsboro. “As they say, age is just a number. You want to be smart about how you adapt activity to certain age-related limitations, sure, but regular exercise remains just as critical now as when you were younger – perhaps even more so.”

To help encourage the 55-and-older crowd to continue making exercise a standard aspect of their everyday lives, Causton provided a list of her top five exercise myths for older adults:

Myth 1: “It’s Too Late to Start” – It doesn’t matter what you’ve done before now, Causton says. Even if you’ve never had a regular exercise routine before, it’s never too late to start. “Better late than never” when it comes to exercise isn’t just an adage; it’s a statement backed by multiple studies. Exercising later in life can lower your risk of heart disease, high blood pressure, diabetes, and some types of cancer.

Myth 2: “My Body’s Too Frail” (aka, “I Might Break a Hip”) – Unless you’ve been told this by a medical professional (i.e., physician or physical therapist) based on a specific condition or injury, this is likely fear talking. Not only does regular exercise help strengthen your body’s stability, balance and flexibility, reducing the chances of a fall, but Causton points out it can also help strengthen your bones. (More on that later.)

Myth 3: “I Have Joint Pain, so I Should Stay Away from Exercise” – Again, the opposite is true. According to Causton, it’s crucial people with arthritis partake in regular exercise. Not only does it improve strength and flexibility, but exercise can also reduce joint stiffness and pain while helping sufferers ward off fatigue.

Myth 4: “I’m Too Old for Weight Training” – Weight training, also known as resistance and strength training, actually takes on a more critical role as you age. According to Causton, not only does a stronger body help seniors stay upright and confident, but weight-bearing exercise can also ward off the onset of osteoporosis by helping maintain bone density.

Myth 5: “I’m Better Off Focusing on My Mind, Not My Body” – Fact is, focusing on the body is focusing on the mind, says Causton. According to multiple studies, including one published last month in Nature Medicine, exercise improves brain health, helps ward off dementia, and may even slow the progression of dementia. In addition, exercise reduces stress and anxiety, and staying active often equates to a better social life.

According to 2018 physical guidelines by the U.S. Department of Health, older adults should shoot for 150 minutes of moderate-intensity aerobic activity each week, plus weekly balance and muscle strengthening exercises.

And while fitness levels and certain limitations shouldn’t keep most older adults from exercise, some exercises may require modifications based on such conditions, Causton says. Fortunately, a physical therapist can provide personalized guidance based on individual health conditions, movement limitations and physician recommendations.